The plans for the new Buzby homes include new sustainability and flood-resiliency designs, as well as job opportunities for Buzby and surrounding residents. Current Buzby management staff will be rehired when the $15.4 million project is completed, which is projected to be in March 2023.

"Today is a great day for Buzby Homes residents," said Mayor Marty Small Sr. "Over the past few decades, Buzby Homes has fallen into great disrepair, with serious issues that can no longer be addressed with a band-aid. This project is a major step forward in strengthening our City, and we applaud the Atlantic City Housing Authority and The Michaels Organization for not only renovating Buzby Homes with the comfort of residents in mind, but for ensuring that the renovations are built to withstand the unique coastal weather challenges we experience."

"We're so proud to work with The Michaels Organization to develop modern and environmentally equitable affordable housing for Buzby residents," said Denise Gordy, Interim Executive Director of ACHA. "Too often, communities like these were originally constructed without a resiliency plan in place to mitigate changes in the natural environment. But by the time our work here is finished, Buzby will be primed to withstand the literal and figurative storms Atlantic City has grown to face."

Once complete, Buzby will be one of the most energy-efficient and resilient communities in the City. The community room will in particular feature many resiliency upgrades, including solar panels, an emergency generator, potable water storage tank, and energy-efficient appliances. The plans were developed by SOSH Architects and Urban Practice, and the engineers on-site will be Arthur W. Ponzio Co. & Associates and RPM Engineering.

"The Michaels Organization built our first-ever affordable housing community in Atlantic City nearly 50 years ago, and we still help manage it and several others throughout the city today," said Nick Cangelosi, Vice President of Michaels Development. "Michaels plays the long game. Once we invest in a project - and in people - we see everything through until the end and are committed to helping find success in both the short and long term. And now we greatly look forward to helping Buzby succeed and in maintaining its transformation."

"I have lived in Buzby Homes for 28 years now and have experienced first-hand its decline," said Rose Alicea, a long-time resident of Buzby Homes. "But it has been great to work closely with ACHA and Michaels on the plans to rehabilitate, and we are all so excited to see them come to fruition. We can't wait to move in!"

Affordable housing development can often be a challenge, given financing and many other regulatory constraints. But Atlantic City also faces unique challenges with its ocean-side location and rising sea levels, and several affordable housing sites scattered throughout the city still desperately need upgrades -- perhaps most notably Stanley Homes on Adriatic Avenue. In fact, Stanley Homes is the oldest affordable housing community in the state of New Jersey. However, the Michaels Organization recently received a Choice Neighborhoods Implementation planning grant from the U.S. Department of Housing and Urban Development to help turn Stanley around - so be sure to stay tuned for updates on this exciting endeavor in the future.

The Michaels Organization is a national leader in residential real estate, offering full-service capabilities in development, property management, construction, and investment management. Serving more than 175,000 residents in more than 440 communities across 37 states, the District of Columbia, and the U.S. Virgin Islands, Michaels is committed to crafting housing solutions that jumpstart education, civic engagement and neighborhood prosperity and to creating Communities That Lift Lives. 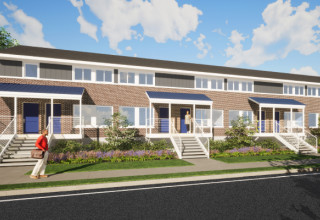 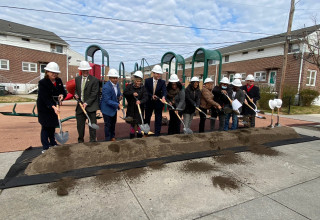