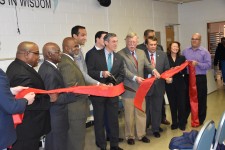 Now called The Preserve at Whatcoat, rental community is transformed both inside and out after major rehabilitation and preserved as affordable housing.

Dover, DE, January 17, 2018 (Newswire.com) - ​​​​City, state, and federal officials today joined The Michaels Organization, along with its non-profit development partner, Whatcoat Community Development, LLC, at a ceremonial ribbon-cutting for The Preserve at Whatcoat.

The $17.5 million gut rehabilitation of  the formerly named Whatcoat Apartments included interior and exterior renovations, improvements to the building's major systems, and a brand new community center and tot lot.

The Preserve at Whatcoat is a catalyst for the continuing revitalization of this important neighborhood.

Whatcoat United Methodist Church and its non-profit community development corporation own the rental community, which is immediately adjacent to the church on Saulsbury Road. Whatcoat Apartments has served as an important affordable housing resource for Dover families for more than 40 years, and this modernization ensures it will be preserved as affordable housing for decades to come.

"We are privileged to be partners with the Whatcoat United Methodist Church, on revitalizing this community,” said Milton Pratt Jr., senior vice president of The Michaels Development Company. “The ‘rebirth’ of Whatcoat Apartments as high quality, modern apartments is also a catalyst for the continuing revitalization of this important neighborhood,” Pratt said.

Delaware Governor John Carney and Dover Mayor Robin Christiansen were among the dignitaries who attended the grand reopening, along with residents and other community stakeholders.

"This work is about strengthening and improving a community here in our capital city," said Governor John Carney. "When we create stronger communities, we create better opportunities for all. One neighborhood at a time, we are making our state stronger. I thank all of the people who have come together to make Dover a better place to live."

All five buildings that comprise the community have new energy-rated windows, new HVAC systems; pitched roofs and new entry ways. The apartments all have new kitchens, bathrooms and flooring. In addition, a newly constructed 2,600 square community center, along with a tot lot, provides residents with recreational space as well as a gathering place for supportive services, which will be provided by the Whatcoat United Methodist Church.

All apartment units will be affordable to households earning 50 percent or less of the Area’s Median Income, with eight units set aside for people with special needs.

Financing the for rehabilitation included almost $10 million in private equity raised from the sale of federal Low Income Housing Tax Credits allocated from the Delaware State Housing Authority, which also provided construction and permanent financing, as well as soft loans to make the project feasible. The tax credits were syndicated by Riverside Capital, and the investor was TD Bank. The project also benefited from $1.2 million in soft funding from the U.S. Department of Housing and Urban Development.

The Wilmington, Delaware-based firm Architectural Alliance served as the architect and Prestige Building Companies was the general contractor. The Preserve at Whatcoat is managed by Interstate Realty Management Company. 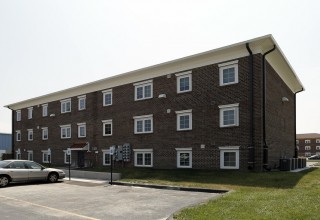 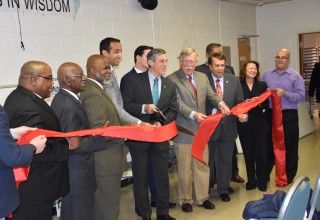