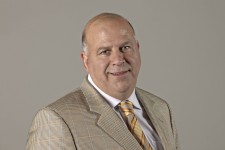 MARLTON, N.J., March 15, 2018 (Newswire.com) - John J. O’Donnell, the President of The Michaels Organization, has been appointed to the Executive Committee of The Cooper's Ferry Partnership, a private, nonprofit corporation whose mission is facilitating the revitalization of Camden, NJ.

The Michaels Organization, which has been creating high-quality, affordable housing in Camden neighborhoods for more than two decades, announced last year that it would be relocating its corporate headquarters to the city’s waterfront in 2019.

We are so pleased to have someone of John O'Donnell's caliber join our board; he will guide our efforts to build an inclusive and sustainable economic growth platform.

“There is so much positive activity going on in Camden right now, and Michaels is privileged to be apart of it,” said O’Donnell. “I’m grateful to have the opportunity to participate on the Executive Committee of this important organization, which is working with both the public and private sectors in Camden to effect sustainable economic revitalization and to promote the city as a place to live, work, visit, and invest.”

Cooper's Ferry Partnership is engaged in projects throughout the City of Camden, including the development of major Waterfront attractions, design, and planning of municipal infrastructure, and implementing improved streetscapes, roadways, and public spaces. The group has partnerships with Camden’s major employers as well as a host of non-profit organizations and charitable foundations and strong relationships with the public sector.

The Michaels Organization is a long-term private sector partner of The Housing Authority of the City of Camden, redeveloping outdated public housing into mixed-income affordable communities, which has been a major part of the city’s revitalization. Michaels is also a key partner to the Housing Authority and the City on the implementation of a $13.2 Million Choice Neighborhood grant in the important and historic neighborhood of Centerville.

In addition to its corporate headquarters currently under construction on the Waterfront, The Michaels Organization is also developing a market-rate residential apartment community on the Waterfront at 11 Cooper St. The luxury mid-rise, with first floor retail, is the first market-rate apartment development in the City in years.

“The Michaels Organization’s decision to moves its headquarters to Camden and invest in rebuilding the housing stock of this city speaks volumes about its commitment to its residents,” said Kris Kolluri, President, and CEO of Cooper’s Ferry Partnership. “We are so pleased to have someone of John O’Donnell’s caliber join our board; he will guide our efforts to build an inclusive and sustainable economic growth platform.”

As a member of Cooper's Ferry Partnership’s Executive Committee, O’Donnell will work with other private sector leaders in Camden to bring the benefits of the city’s ongoing revival to all Camden residents, while attracting additional business and new residents to the town.

“The mission of The Michaels Organization is to bring comprehensive solutions to communities that jump-start housing, education, civic engagement, and neighborhood prosperity-- and that is our commitment to Camden,” said O’Donnell. “We are so proud that will be a beneficiary of this great City's comeback, as well as one of the innovators who made it happen.”

The appointment to the Executive Committee is for a one-year term.

About The Michaels Organization:

The Michaels Organization is a family of companies dedicated to excellence in affordable, mixed-income, military and student housing. Serving more than 140,000 residents in 370 communities across 35 states, D.C., and the U.S. Virgin Islands, The Michaels Organization is a national leader in residential real estate with full-service capabilities in development, property management, mortgage finance, construction and tax credit syndication. Learn more at www.TMO.com.